Prefix | The Best Pre-Workout In NZ

Just mix with water! For a super refreshing option, add to a Nutratech Shaker with ice and cold filtered water.

Use 20-30 minutes prior to training or exercise for:
• Explosive Energy
• Muscle Endurance
• Mental Focus

Order before 12pm and have your order shipped the same day!*
Please review our shipping policies for more information.

Great flavours and it mixes well. Just what I need to get me through my early morning workouts 👍

Awesome pre workout. Lots of energy and pumps without the crash. Love it!

Great taste! Having 3 scoops per serve means I can choose how much or how little I want that day. Creatine tends to make me feel a bit sick when training hard so great this product leaves it out. I take creatine after training

Fabulous product, will continue to buy.

Didn’t really like this, it made my skin super dry and felt awful afterwards.

Hi Chloe,
Thank you so much for taking the time to review our Prefix. I'm so sorry you didn't have a good experience! This is the first time we've ever heard of dry skin occurring. Paraesthesia (skin tingling or 'itching') is a normal side effect of the Beta-Alanine in Prefix which if you haven't had it before, would be startling. If you feel that the side effect you had was more than the expected paraesthesia please get in touch with us via email so that we can look into which ingredient may have caused this for you. We take these reports very seriously and would like to remedy the situation. :)

Prefix | The Best Pre-Workout In NZ

Developed to be the most complete, mega-dosed, full spectrum pre-workout available in New Zealand.

All key ingredients are backed by published scientific research and dosed at clinically effective dosages. Every massive 15g serving is packed with just over 14g of active ingredients with zero fillers or artificial dyes.

Get ready for massive pumps, muscle-endurance and focus available in mouth-watering Blackcurrant, Apple, Mango and Raspberry.

Let's break it down

NALT: N-acetyl L-tyrosine is the acetylated version of the amino acid L-tyrosine with improved absorption and optimized effectiveness of focus and energy. L-tyrosine reduces the effects of stress and allows for greater mental focus and endurance. It improves memory and performance in bodily stressing climates, such as the cold.

CAFFEINE ANHYDROUS: Caffeine together with the other focus-enhancing ingredients in Prefix is clinically proven to reduce any feelings of effort. Caffeine has been found and confirmed to:
⩥ Significantly increase repetitions and readiness to invest effort in athletes
⩥ Increase focus and energy

BETAINE ANHYDROUS: Clinical trials suggest that betaine supplementation triggers a significant muscle growth response. Betaine supplementation has also been shown to:
⩥ Reduce fatigue when taken during training and exercise times
⩥ Increases total repetitions and volume versus placebo
⩥ Improve phosphocreatine replenishment between sets when creatine is taken daily
Another study has shown that betaine was found to increase HGH and IGF-1 and decrease cortisol in healthy bodybuilding men.

TAURINE: Taurine is a must-have amino acid in any pre-workout formula that contains beta-alanine. Taurine competitively interacts with beta-alanine; thus, supplementation with beta-alanine without taurine can lead to states of Taurine deficiency. Taurine has also been found to be effective in combatting DOMS.

CITRULLINE MALATE: Citrulline malate is the "Holy Grail" of current pre-workout science. It has been found to:
⩥ Improve strength, aerobic performance, and muscle endurance
⩥ Be at least twice as effective as L-arginine supplementation at raising nitric oxide
⩥ Participate in the Krebs Cycle and enhance creatine re-activation between sets (malic acid in citrulline malate)
⩥ Enhance the use of branch chain amino acids like leucine during exercise

BETA-ALANINE: Beta-alanine has been shown to increase intracellular muscle carnosine levels, which are quickly depleted during intense exercise. Supplementing with proper amounts of pure Beta-Alanine as found in Prefix, is shown to:
⩥ Delay the onset of neuromuscular fatigue in men and women during intense exercise
⩥ Promote the formation of healthy proteins
⩥ Increase lean mass and decrease fat in wrestlers

Prefix contains caffeine which some people are sensitive to. However, compared with other formulas on the market, we have found that there is little to no comedown from the peak.

Prefix is formulated specially with L-Theanine which actually reduces the jitters for caffeine sensitive individuals. The 'itches' in pre-workout is from Beta-Alanine and is a sign that the pre-workout is kicking in!

Our Prefix Pre-Workout ingredients are sourced from only the best suppliers for guaranteed quality. We use pure ingredients with no fillers and no added sugar!

Every batch large or small is ingredient verified, tested and tracked to ensure every product adheres our our stringent quality standards.

All dairy protein powders are sourced locally which means they are fresh and didn't spend weeks in the brutal sun stacked in a shipping container from overseas. We blend on a monthly basis , ensuring stock is as fresh as it gets.

Proudly made in clean and green Aotearoa (Maori for New Zealand).  Nutratech Ltd is 100% New Zealand owned and operated.

HANDS DOWN BEST FLAVOR AROUND!

Let customers speak for us

I wanted a low carb protein powder and found it with Nutratech. The French Vanilla works great with coffee, almond milk and ice to make a frappe!! (Sorry, I can't review the actual flavour as I have never had it without the coffee added.) Love that it isn't sickly sweet like other powders can be. Tempted to try the chocolate. 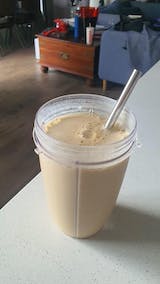 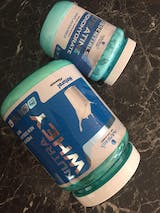 This is by far the best protein powder I’ve used! My daughter is a customer so I had been trying my daughters before I purchased (she’s good like that ❤️) and it is SO creamy! I have a scoop mixed into my morning oats with almond milk, cinnamon, berries and banana and it’s delicious! I was spoilt for choice with the different flavours but having inside intell (my daughter) I went with cookies & cream. Not gluggy at all, mixes well. I ordered this one as the vegan option was out of stock at the time but I’m glad I did! I also suffer with IBS and some protein powders I’ve used in the past from other brands would upset my tummy but not this one! Great value for money too and didn’t take long to arrive especially given so close to Christmas. Buy local, you won’t be disappointed. I’ll be a repeat customer.
Merry Christmas and thank you 😊 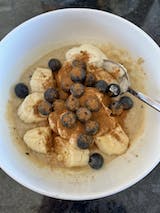 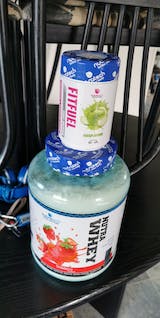 I have using this from couple of month. I really like the taste and also see the results in my body. cookie n creame is best so far. We keep ordering some more products

Tried this for the first time and as a beginner and loved the taste from the first day. Vanilla is too mainstream but French Vanilla is wicked. Definitely will make this my go to all the time. 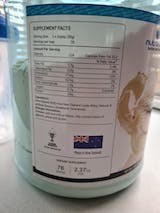 Really enjoyed the strawberry cream tasted like strawberry milkshake , and vanilla was good. Didn't so much like the chocolate it was really weak in flavour, couldn't taste chocolate. 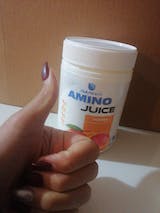